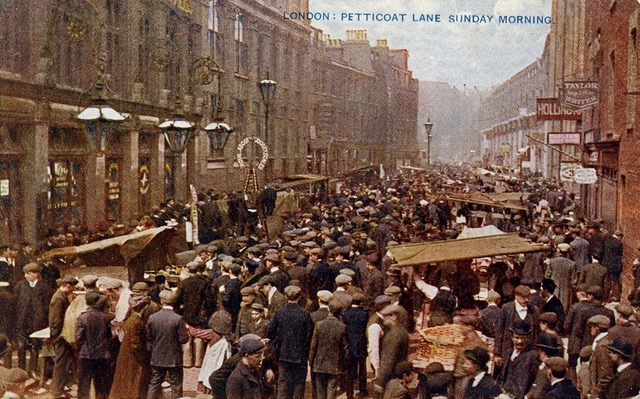 Welcome to the Memory Map of the Jewish East End, a new digital resource where you can explore former sites of Jewish memory in East London.

By 1900 around a hundred thousand Jewish migrants had settled in East London, after fleeing their homelands in Russia and Eastern Europe, following pogroms and economic hardship. Many disembarked at the Port of London and settled in London’s East End, where there was an already established Jewish community and cheap lodgings to be found. Whitechapel and Spitalfields became the heart of a thriving Jewish quarter, Yiddish was the language on the streets and in places such as Petticoat Lane over 95% of the population were Jewish.

By the outbreak of the Second World War the community had already started to dwindle, although there was still a visible Jewish presence in the area until the 1980s. Today, the bustling Jewish street life, commercial and trade centres, social, political, religious and entertainment hubs that dominated the area for over a century have all gone. The Jewish East End has become a lost landscape, which is in danger of slipping out of living memory. 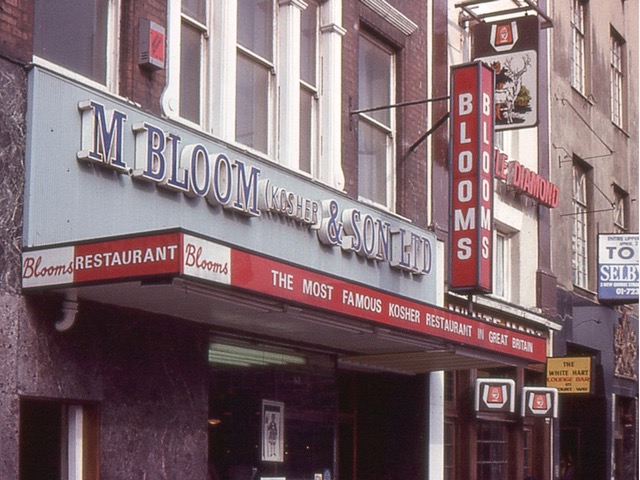 This map aims to create a lasting document of both the history and memory traces of the Jewish East End and attempts to bring the stories and memories of this vanishing landscape to new audiences. We have identified 70 sites so far that consistently occur in people’s recollection of the Jewish East End. These include schools and synagogues, street markets and cafes, cinemas and theatres, youth clubs and shops, amongst other places.

To start exploring, go to the map and click on one of the coloured shapes, which have been colour coded into different themes, and information will automatically pop up about that site. To listen to the audio clip click the play button. For further information press Read More to view photographs, historical data, excerpts from literature and more.

The project is a collaboration between the artist and writer Rachel Lichtenstein and Dr Duncan Hay, Professor Laura Vaughan, and Peter Guillery, from three research units from the Bartlett Faculty for the Built Environment, University College London: the Centre for Advanced Spatial Analysis, the Space Syntax Laboratory, and the Survey of London, respectively. Subject to further funding, we hope that this map will become a growing resource about the history of the Jewish East End.

If you have any queries about the project, please contact the team at jeemm.enquiries@ucl.ac.uk. 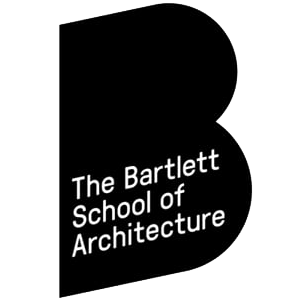